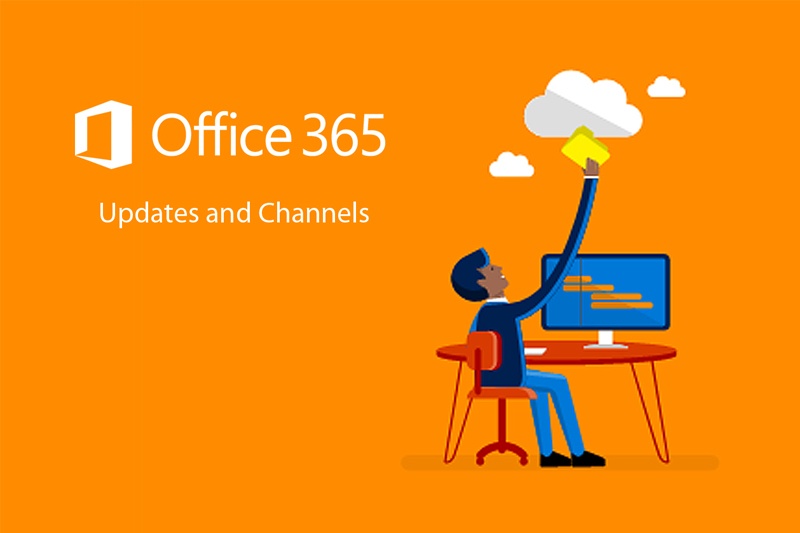 Protect Yourself Against Macros and Malicious Websites

What Is Robotic Process Automation?

A major benefit to Office 365 application subscribers is the automation of security updates deployment into the products that keeps common applications current and also includes controlled rollout of enhancements and new features into the suite. In this article, we will outline the Office update options available, and we will provide a quick tip that will help you change your Office update settings.

Microsoft provides several update options, called Update Channels, that put application updates into different frequencies that you can customize to your user environments. Here’s an outline of the three channels and their primary differences.

Methods to Change your Update Channel

Configuring the Update channel depends to a large degree on your environment.

How to Manually change your Update Channel

Our current version installed for this is a recent 1803 build, and is configured for Semi-Annual Channel (Targeted).

To change this configuration, refer first to the channel and keyword table to apply:

And in this example, we will switch to Monthly Channel, so our variable keyword to use in step 3 below is Channel="Current".

Seeing this in action, it looks like this while updates are downloading: 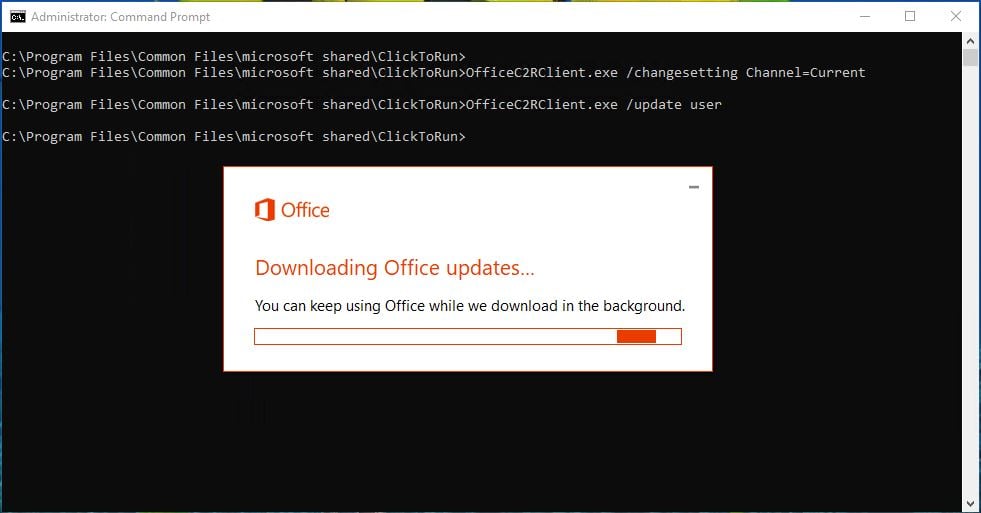 And once the switched channel updates are downloaded, the updates will install:

And on conclusion, we can verify that our version is updated now, as well as the channel reflects the change to Monthly Channel. 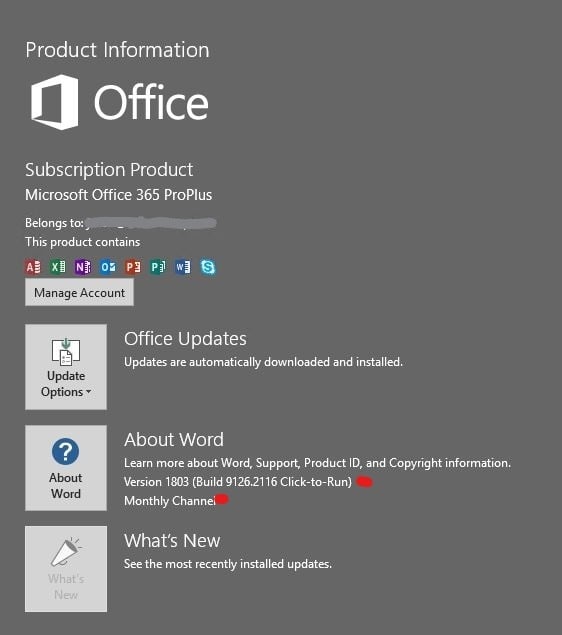 The semi-annual release cadence for Office updates channels gives IT departments and users plenty of update options. There is only the most current Semi-Annual Channel (Targeted) version supported at any time, and there is always more than one supported version of Semi-Annual Channel available. If you want to update only once a year, there is an available supported version for that scenario. So whether you wish to stay current monthly, or update slowly and less often, there is a configuration option available. Add to this the option of selecting users individually with standardized configuration settings like GPO and optional methods like manual or Portal-based configuration options there is a lot of means for IT to control update channel settings and allow for flexible customization for individuals.

Let us know what your experience has been like managing Office 365 updates and configuring update channels! If you are interested in implementing an automated or customized update configuration for your users and want to learn more, reach out to our service and support team for assistance!

Protect Yourself Against Macros and Malicious Websites

What Is Robotic Process Automation?

Cloud or Local Backups? Why not both?